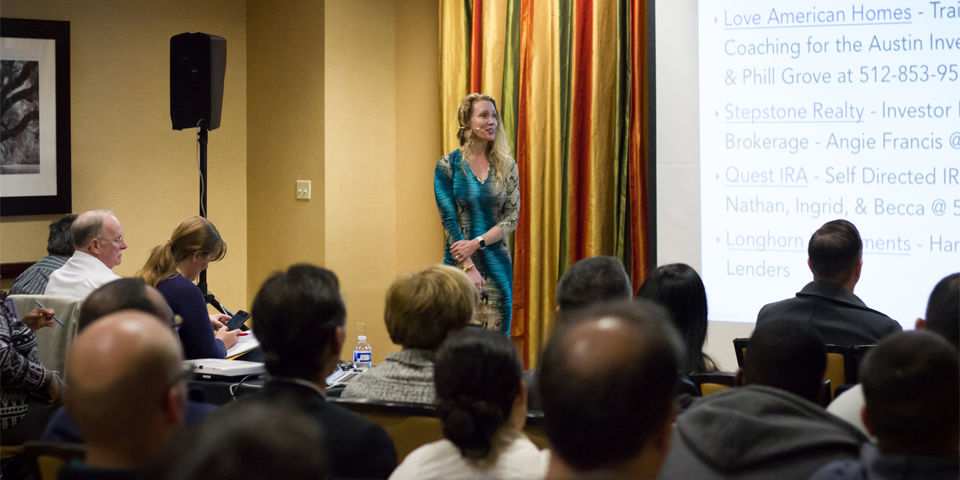 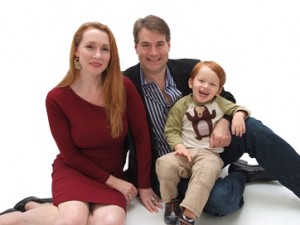 Shenoah Grove owns and operates the Houston REIA, along with her husband, national real estate speaker & trainer, Phill Grove. She’s been operating the club since 2004 and has seen it grow over the years, in up markets and down.

Shenoah operates the club with a high degree of integrity and makes every effort to provide a valuable experience to the club members. To that end, she brings in (mostly local) speakers that provide content and value to the club members. All past speakers can be viewed on the Past Speakers tab of the website. From there you’ll quickly see that this club does not promote national gurus who come in to town just to sell books and tapes.

Every single presentation and speaker must pass Shenoah and Phill’s critical standards before they are allowed to present at the REIA. The reason they sticks so strictly to this policy is because of their own experience as real estate investors and being in the audience. They know that a club will only grow and thrive in an environment where the club members feel supported and are able to get truly valuable information.

Most REIAs bring in out of state speakers to make money and support the club. However, if the vision of the speaker is not congruent with the mission of the club, they will forgo the short term revenue to build relationships with the REIA members instead. That’s their philosophy and they stick to it.

In all truth, while the REIA brings in some revenue from memberships and vendors, it doesn’t come any where near paying for the expenses needed to host the events, update the website, create promotions or the time involved to manage it. They consider the REIA a “loss leader” from that respect, but continue to operate it because of the relationships they’ve formed in the local community as a result of operating it. In fact 50% of their local deals come from networking with other investors in the REIA. This does make a lot of money. It’s not about making money off the people in the REIA – it’s about making money with the people in the REIA!

In addition to their presence and leadership at the REIA, Phill and Shenoah are well known local investors and well known national speakers with tens of thousands of customers and followers nationwide, and around the world. They are prized speakers because of their no B.S. approach to investing and teaching and because they are some of the few national gurus that actually invest in real estate.

Together, at any moment, they typically hold title to 20 or more residential rental and/or fix and flip properties in central Texas. They live in Barton Creek with their son, Zilker.

You can learn more about Shenoah and Phill and their other companies and products at their website, www.LoveAmericanHomes.com